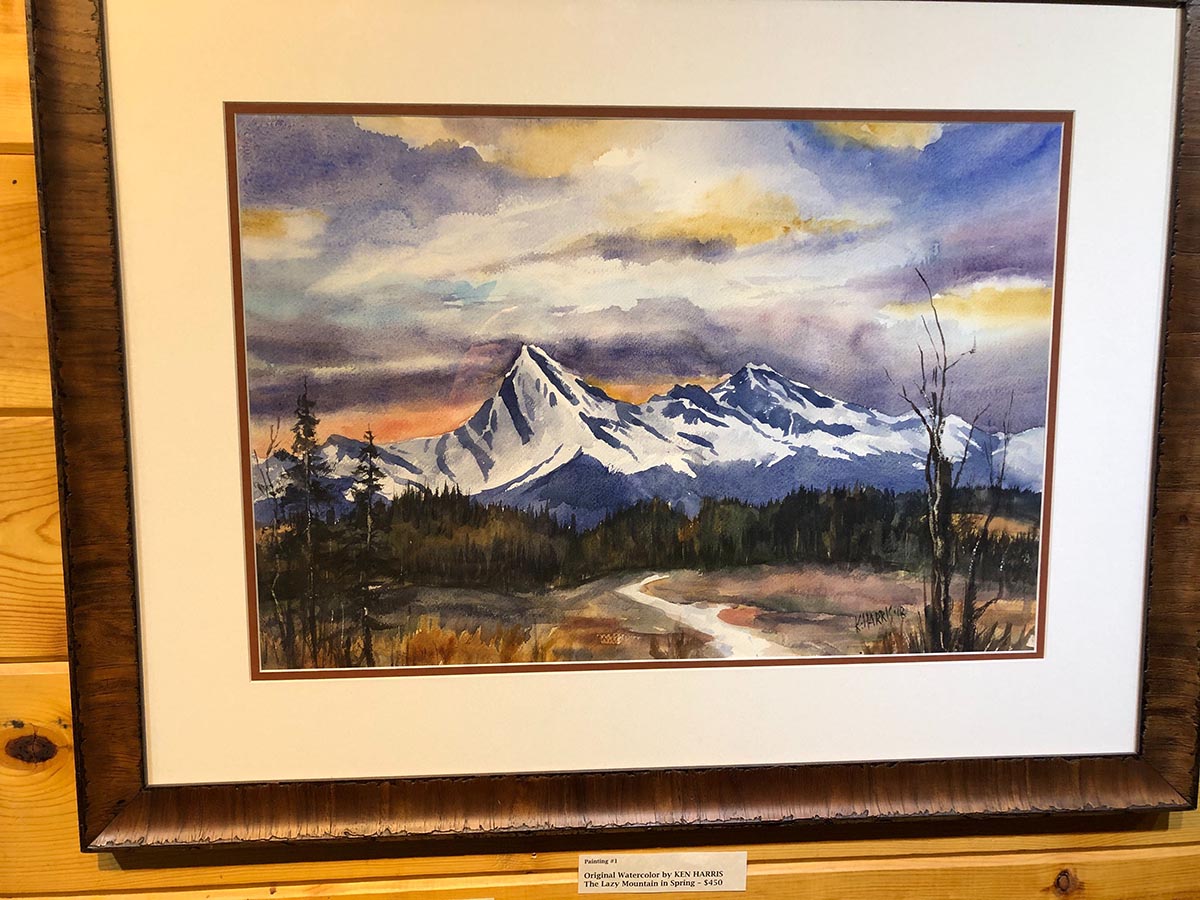 Ken Harris, Artist of the Week

Ken Harris is a California artist with Alaskan roots. His mother was from Chignik, AK and his father was from Eureka, CA. He was raised in Northern California where he became interested in watercolor in his teen years. Ken was originally influenced by the watercolors of Andrew Wyeth and local San Francisco scene painters of the 1960s. His early watercolors were inspired by the beauty of the Sonoma wine country where he lived. Ken studied art at community colleges in California and has continued a life-long study on his own. He has worked as a graphic designer for more than 30 years, and he has continued to paint and sell watercolors on the side. He has been inspired by the French Impressionists and watercolor artists such as John Singer Sargent and JMW Turner. His subject matter has been French scenes, vineyards of California and California seascapes. Lately his subject matter has also been scenes of the Matanuska Valley. Ken has also taught Watercolor, Drawing and Painting for 12 years at Vanguard University of Southern California. He also taught private art classes as well. His work has taken him to live in Brazil and Australia where he also painted.

« Gigi Lemieux, Artist of the Week

Mimi DeGange, Artist of the Week »